A Journey To Syria – Part One

Perhaps my favourite ever train journey happened in 2009 as we made the trip from Istanbul to Aleppo in Syria.

This is an account of our journey east, starting with half a day in the great Turkish city that straddles two continents…….

Once more we found ourselves in Istanbul. We had booked onward trains in advance this time through an agency and it was here we headed straight from the airport. We only had a two-hour window of opportunity as the agency shut at midday and wouldn’t open again until Monday, long after our Sunday morning departure.

We had prayed that our flight would not be delayed and our prayers were thankfully answered. We did have a contingency arrangement for our tickets to be delivered to our hotel but this would have meant losing an element of control as well as costing us €40.

The tickets were duly secured and the €40 contingency payment refunded in Lire, making me instantly feel rich.

Sadly the Toros Express to Aleppo was still only running as far as Adana, so we would have a fragmented journey.

Leg one would be Istanbul Haydarpaşa to Ankara, Turkey’s modern capital. Leg two an overnight train from Ankara to Adana. Leg three, a bus to Antakya and finally leg four, a taxi across the border.

Our hotel was a budget Ottoman style building of mainly wooden construction. Our ‘twin’ room consisted of a double bed and a collapsible sun lounger. I took the lounger but only after I made reception move it and change the bedding as it had been placed directly under a leak in the roof!

We had been to Istanbul on several occasions before, so our stay this time would be less than twenty-four hours. As we had arrived on a Saturday, there were many local families out and about enjoying the afternoon sunshine that had replaced the morning showers. 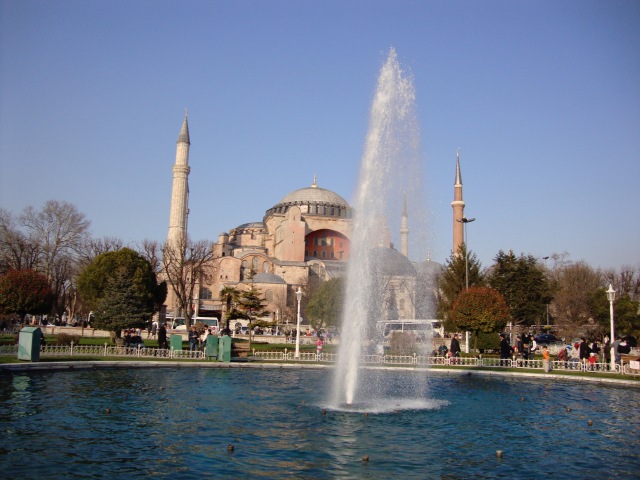 We strolled amongst them through Gulhane Park and down the cobbled pedestrian hill that runs down behind the Ayasofya Mosque to the European train station of Sirkeci.

We were now at waterfront level and went to check the time of the ferry we would need to catch across the Bosporus. We found that we would need the first ferry at 07.30. Miss that and we would be screwed! No beer tonight then. Well, just a couple of EFES dark as it happened, Turkey dinner just doesn’t taste the same without it! 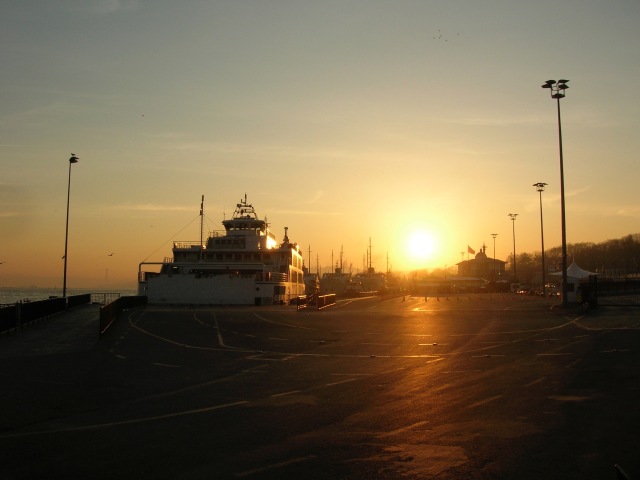 Next day we made the ferry with just two minutes to spare. We had had to walk from the hotel, as there were no taxis about at six-thirty in the morning. We thought we knew the general direction, but as it happened general was not quite good enough.

A saunter turned into a brisk walk, which in turn manifested itself into canter and finally into a gallop. All of this with heavy rucksacks swinging heavily on our backs and the daypacks increasing in weight in our aching arms. It was a mighty relief to make it, as it had really been touch and go for a while.

Arriving sweaty & breathless, we nevertheless clambered safely aboard with seconds to spare, only to find that a private boat was penning us in and delayed us by ten minutes! 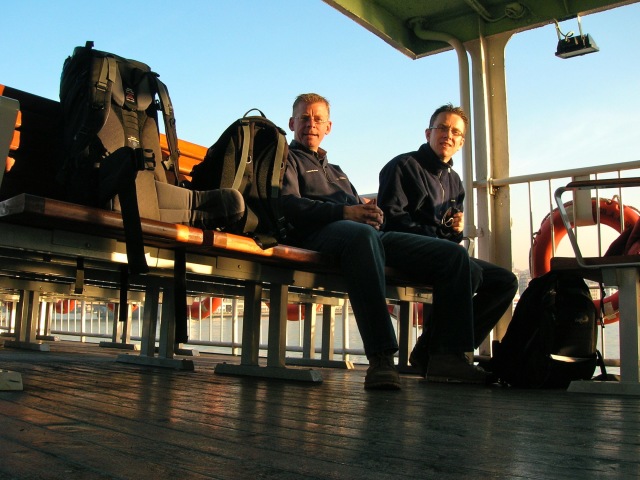 Once we were off, we finally relaxed and marvelled at the forest of minarets that dominated the Istanbul skyline as we sailed away from one continent to another. It was a magnificent sight, complemented fabulously by the spherical roof of the vast Topkapi Palace.

We set foot in Asia with thirty-minutes to spare before our scheduled departure, time for bread, cheese and coffee. For once we did not need supplies for the journey. The trip to Ankara was only four hours and the overnight train to Adana had a restaurant car.

We departed on time and soon left the Istanbul suburbs, passing the Galatasaray Football Stadium on the way. I had a ticket to return there in May for the UEFA Cup final.

Manchester City were in the Quarter Final and I had been hopeful enough to buy a ticket in case they got there. They didn’t, I flogged it.

We had more than a five-hour stopover in the Turkish capital, so set off to explore. First we needed coins for the lockers. We were one coin short, but an English teacher called Wayne came to our rescue.

We were to meet again later in the journey, but for now we headed off alone.

We expected a lot of the capital but were sadly disappointed. From what we saw it was a bit of a dump to be honest, so after two hours we returned to the station. Maybe we missed some hidden gems and if so I apologise profusely to any Turkish readers who I may have offended with that assertion.

At the railway station, we were to face a drama that threatened the whole trip.
We had soup in the wood panelled station restaurant, no drama there even though the soup tasted pretty awful and the bread roll was past being stale. 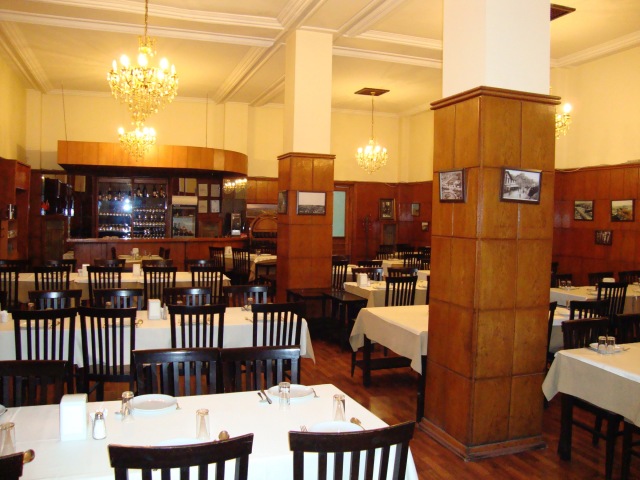 Hamish then decided he wanted to buy a cake and an apple from the station kiosk for the journey. He sat down to pack the goods in his bag. Still no drama. Yet.

We decided to head to the platform in good time to alight the train before hordes of late-comers fought to scramble on board with all of their luggage. A group of Turkish students then arrived onto our platform. We had met up with Wayne again and were  “in conversation with him, when one of the students interrupted us to ask if one of us was called Terry. 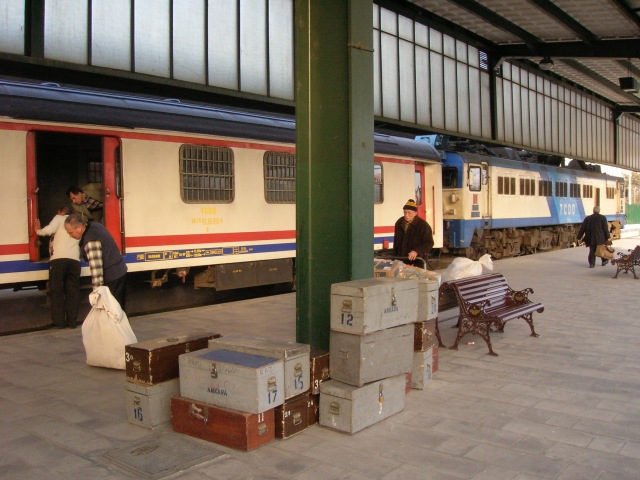 None of us were but were sufficiently intrigued to ask why. They replied that somebody had found a passport belonging to a Terry on the main concourse.

The students moved along the platform to ask some others the Terry question and Wayne announced that he reckoned it was a scam to get you to open your bag whilst you were pick-pocketed.

I felt into my bag anyway to be reassured that my passport was there. It was happily. I mentioned to Hamish that I had the name of my father in the back of my passport as an emergency contact and he was called Terry, so it was good to be sure.

At that point Hamish remembered that he had his the name of his then girlfriend Terri in his, so decided to check also.

It seemed like mere moments later that the entire contents of his daypack were on the platform. Diary, pens, the cake, the apple, camera, baseball cap, but no wallet containing £300 and his passport. “F***, f***, f***, I’ve lost my passport!!!!!” At that point and with only twenty-minutes to go before our train was due to depart, he raced down the platform steps and fled back to the station concourse.

With five minutes to go to departure time, I was getting decidedly agitated. Wayne listened with an empathetic look on his face as I stressed out, “for the third time we will be scuppered. What a prat losing his passport, the one thing that you guard above all others. Call himself a seasoned traveller? We are going to miss it! Not another embassy visit, just like Munich all those years before. Maybe I should go on my own? No, I couldn’t do that. We will have to spend the night in this dump!”

These were the thoughts going on inside my head that I muttered loudly and disconsolately. However, with three minutes to go before D-day, he resurfaced grinning from ear to sizeable ear, waving his passport. Phew!!!!

“I told you it would be OK,” said Wayne. “Yes you did, thanks for that,” I replied. Wayne was a bit of a bore I thought.

No time for explanations, our train was pulling in. That was bloody close!
Twenty-minutes later in the restaurant car over a beer, I fully learned what had happened.

Hamish had rushed to the information kiosk in a mad panic, pushed the three people in the queue out of the way to blurt out that he had lost his passport and to ask (shout!) whether it had been handed in.

Luckily the lady behind the counter spoke English and was sympathetic to his plight, so pointed him in the direction of the station police.

He then charged to their office, where he was met with a burly policeman in his forties, who told him in no uncertain terms to calm down. Yes a wallet containing a passport had been handed in.

He then proceeded to ask Hamish his name. Hurst. H U R S T. Hurst. Hamish could see that it was his passport the copper was holding, but this did not stop him hyperventilating, even if the state of stress did reduce a notch or two. “Just give me my wallet and let me leave, I have a train to catch,” thought Hamish. But no, this policeman wanted to talk.

He leafed through all of the pages in the passport, stopping to examine every one of the numerous visas contained therein. He stopped at the Syrian one. “Aah, you go to Syria I see. When is your train?” “In ten bloody minutes!!” Hamish felt like screaming, though he actually answered very politely.

This reaction seemed to say ‘plenty of time then’, so the officer offered Hamish a cup of tea from his flask. As he had already poured it into a disposable plastic cup, Hamish had no choice but to accept. In the state he was in, he downed it in one, despite it being pretty hot!

“How much cash do you have in your wallet?” was the next question. Hamish knew exactly, £300. His answer was emphatic, leaving no room for any doubts, no ‘abouts’ or ‘approximatelys’ left his lips.

The policeman then proceeded to count the ten twenties and ten tens out very carefully and deliberately. “You are correct, £300.” At last he pushed the sacred bundle over to Hamish, “you were very lucky.” He retained a slight contact with the notes and hesitated, clearly a sign that he hoped for a reward.

Hamish simply grabbed the notes, passport and wallet, gave his thanks and charged out of the room to his waiting and very relieved friend.

To celebrate his good fortune and to make up for my stress, beers were on Hamish that night. Just a pity they only had gassy lager.