I visited beautiful Ashford Forest in East Sussex today with Mrs Wilbur & Oli. The forest is best known as the setting that inspired the Winnie the Pooh books.

We saved Pooh’s best known haunts for another day, but had a lovely stroll in another part of the forest with gorgeous views over the valley framed by brilliant yellow goarse bushes. 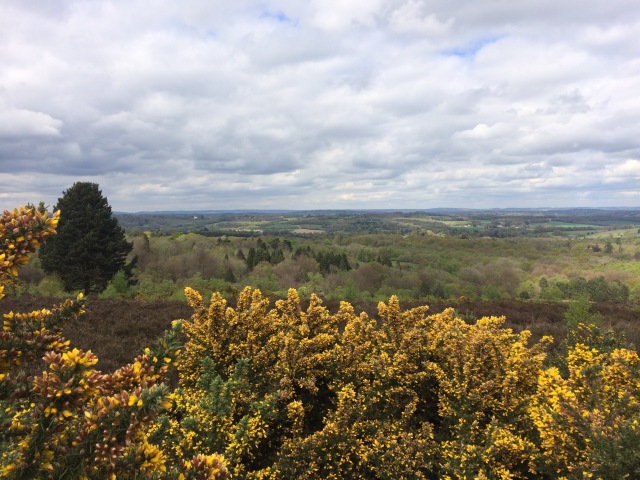 After getting back in the car and driving to Gills Lap, I noticed some thick smoke coming from whence we had just come.

On driving back, we saw the cause was a blaze that had probably either started from a careless walker with a cigarette or sun rays on a piece of discarded glass. 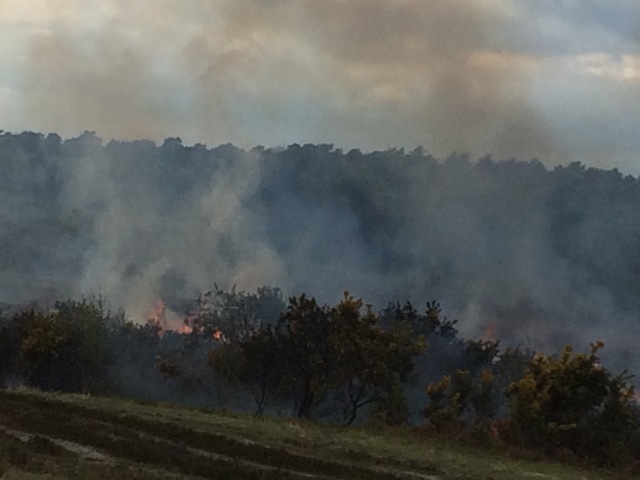 Happily those fine fellows from the Sussex Fire Brigade were quickly there in force to battle the blaze by digging fire break trenches. 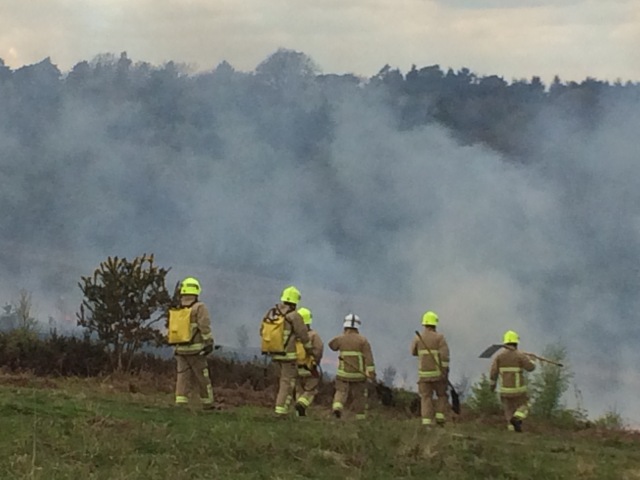 Unfortunately some beautiful land and habitat to wildlife has been scarred in the process.

I spoke to a local chap who has visited the forest for the past four decades and he said he had never witnessed a fire before, as I had of course done on my first ever visit.

He also lamented that he had that day collected two bags of rubbish that had been tossed away by careless visitors.

I do despair of such antisocial actions. The consequences were there for all to see. We need to protect our countryside, not take it for granted or worse still damage it.

I just hope that the fire is now out and the re-birth process can slowly begin. 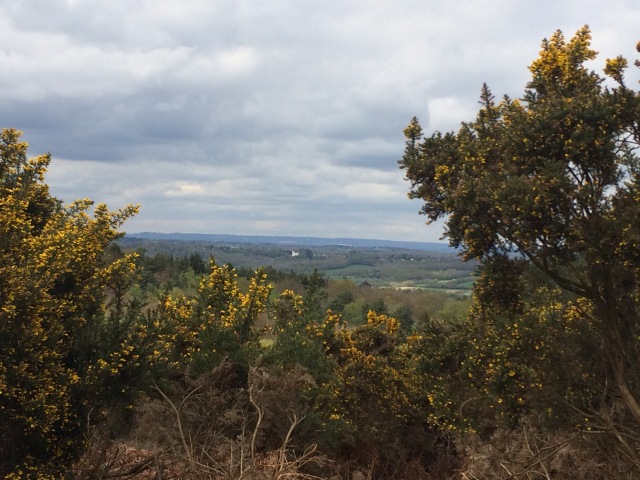