This is a post that I have published on my new sister blog at www.ontrack.blog. It would be great if you could give it a look and even better if you could follow the site too.

On a recent visit to the National Gallery in London, I was struck the most by exhibit NG6479 in Room 41. The painting in question was Monet’s 1877 impressionist oil on canvas entitled La Gare St-Lazare.

This is how the gallery describes the painting on their website, followed by the captivating work of art itself :- 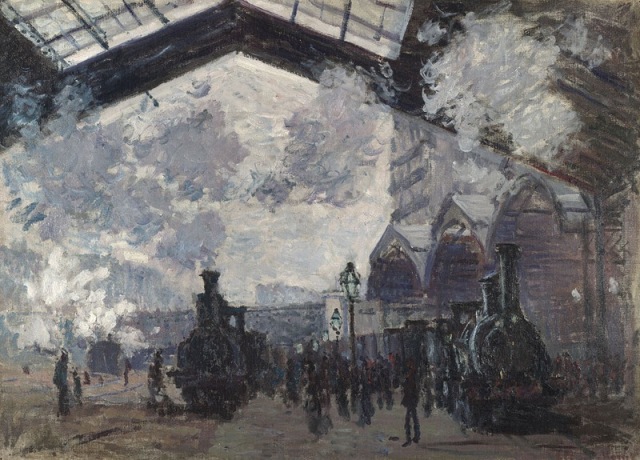 Further reading on the subject uncovered that there are eleven more known surviving Monet paintings from the station all painted in 1877, seven of which can be viewed by the public displayed at Musee D’Orsay in Paris, The Marmottan Museum Monet also in Paris, Harvard College Art Gallery, The Pola Gallery in Hakone, Japan, the Würth Collection in Rome and the Institute of Art Chicago.

On a recent visit to Paris I decided to visit St Lazare Station to see whether I could picture the scenes that had inspired ‘The Master’ to wet his brushes.

Despite there being no atmospheric clouds of steam and much of the building undergoing renovation, there was enough of the station surviving from the structure that Monet captured in the 1870s for me to imagine what he had seen and reproduced in impressionist style.

This La gare Saint-Lazare painting above is on display at my favourite gallery in the world, Paris’s Left Bank masterpiece the Musee D’Orsay, which is housed in the majestic former Paris-Orleans railway station.

The Arrival of the Normandy Train now hangs in the Art Institute of Chicago. The website description and an image of the painting are shown below. 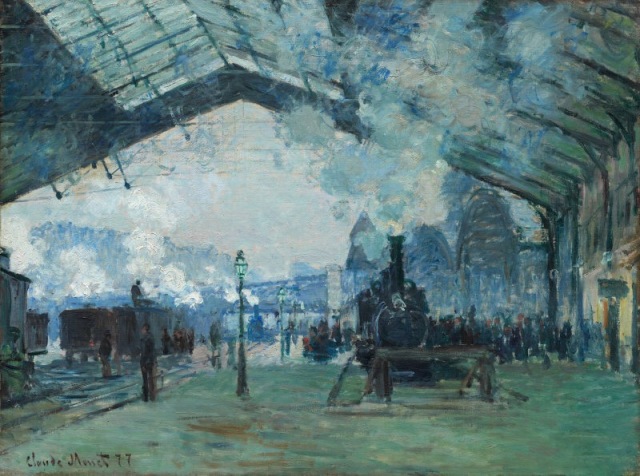 Fast forward to 2017 and the Normandy train is still arriving at Saint-Lazare as pictured below. 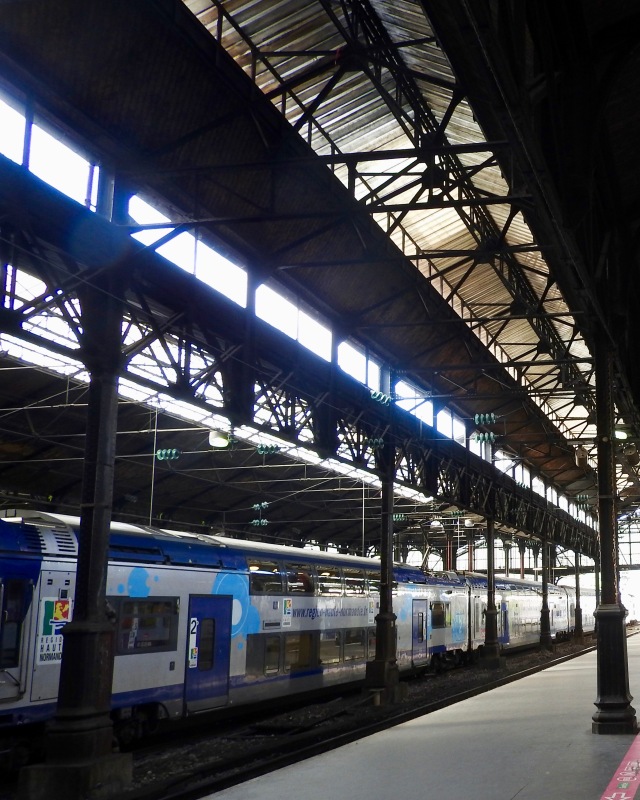 Also in the US hangs the ‘The Gare Saint-Lazare, Arrival of a Train’ at the Harvard College Art Gallery in Cambridge, Massachusetts. The web blurb and the painting are as shown:-

Next up we have La Gare Saint-Lazare, les signaux (the signals) at the Niedersächsisches Landesmuseum in Hanover Germany. 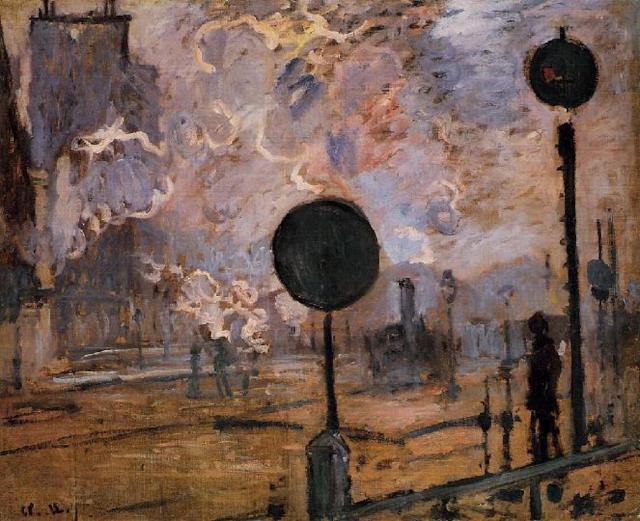 The Wurth Collection in Rome is home to the penultimate painting of this subject matter, displayed amongst the collection’s 17,000 exhibits. The painting is called the Tunnel of Batignolles. 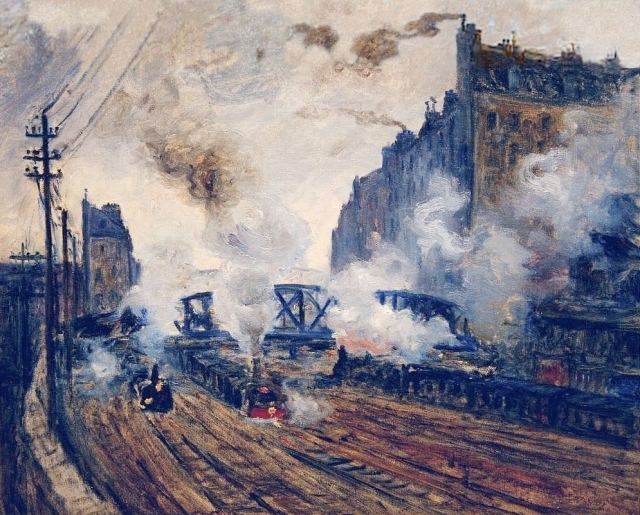 Finally we have Train Tracks at the Saint-Lazare Station at the Hakone Museum of Art in Japan, which opened in a very funky building in 2002. Hakone is less than 100km from Tokyo and looks to be a great destination in its own right.

The current station is not as eye-catching of course as in Monet’s day, however it was still an interesting experience to visit the second busiest terminus in Paris. The roof is still much as Monet would have seen it, although in places it could undoubtedly do with a clean!

In addition to the works on display, I also uncovered the other Saint-Lazare Monet paintings that are in private collections:- 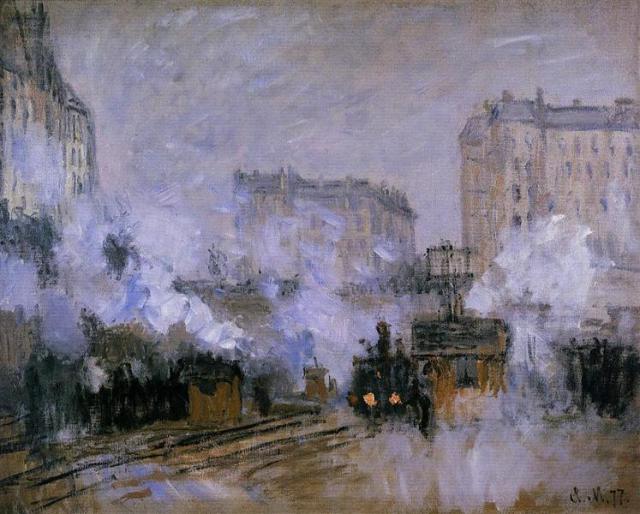 I have to say that I really love these paintings. I have seen the two on display in Paris as well as the one in London. Five more to go and I would love my next viewing to be in Japan!